I turned 29 in the beginning of July, and now I am approaching the big 30. I don’t want to be the kind of person who will be bothered by no longer being a 20-something, as if 30 is somehow waaaaay older. But I find that I do care. So when I saw that Kathleen is working on a 30 before 30 goals list, it made me feel like that is an excellent way to mark the occasion in a positive way. There are a lot of things I want to do! And some things I need to do. And also some that will be fun and easy. All in all, putting a list together like this and pushing myself seems like a good way to give myself some focus and hopefully, a sense of accomplishment.

In which Eefje starts learning how to build her own website

You may have noticed that I changed the name of this blog from Nifty Eef to EefjeS. I’ve been thinking about how I present myself online. I’ve been EefjeS on twitter for years, and it is a really acurate way of describing myself. So why should I not use it in more places? (My first name being Eefje and my last starting with an S, and at the same time it can be read as multiple Eefjes.) An other aspect of my online presence is that I have split my tumblr into two blogs. I still have my regular tumblr filled with fandom, feminism, and whatever tickles my fancy, but the second one is a curated collection of inspiring things. I want it to become an archive of other peoples work that I enjoy and want to learn from. See it here. I took the idea from Austin Kleon, who has his tumblr integrated in his website. I’m currently reading his book Show Your Work which is one of the reasons I’m thinking of all these things the way I am.

Also: this week I finally secured my own domain and hosting. What! I didn’t have that already? No I did not.

I’ve wanted my own place online, really my own, for years now but I just never got around to it. I want to learn how to do this myself, run wordpress (the .org version) and build my own theme. But I don’t have any knowledge on how to do that so I have a lot to learn before I get to where I want to be in that area. I was planning to start this at some point when I had time for it, but life never really slows down so I just have to start.

END_OF_DOCUMENT_TOKEN_TO_BE_REPLACED

I try to be a fun aunt 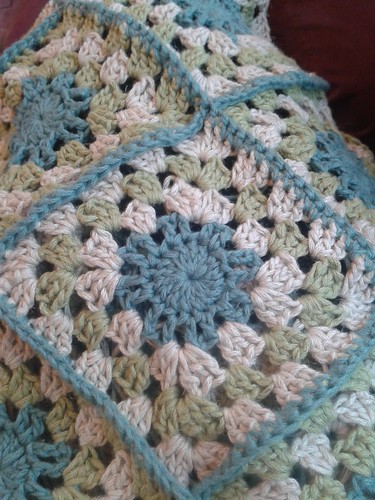 On February 14th my newest nephew was born (yes, on Valentines day). As a gift I crocheted a blanket for his crib which you can see a piece of above. I am so amazed by newborn babies, that such little creatures are fully realised humans with all the same organs and limbs as me. With the same biological processes and the same instincts (I also cry when I puke, it sucks).

So now my second brother is a father too, and our family grows larger. I try to be a fun aunt, one who can be trusted like an adult but who also gets that playtime is fun and that kids ask questions about the world because they want to learn how it works. My oldest nephew is like that, he ask about everything and he talks and talks and talks. It can be tiring, but I also love that he is that way.

When the carnival came around again I spend the day with my oldest brother and his family. We watched the carnivals parade in Prinsenbeek, which is a parade with children groups in it and now that the boys are in school they meet classmates who are in the parade or watching as well. And in the afternoon I took the boys to go see the Lego Movie. We had to rush because we were a bit late (my lovely sister-in-law drove us to the theatre and picked us up again afterwards, I think she spend the entire day driving us from and too places since she also brought me to the train station at the end of the day) but we managed to get there right when the previews started.

I love legos, and so do the boys. (My niece is still a little young for them, and she is a really cute girly-girl who loves nail polish and already picks out her own outfits. But I will get her some legos when she gets old enough. 🙂 ) So when I heard that the Lego Movie was really good it seemed like a fun thing to share with my nephews. It was awesome. I had bought them both popcorn and the oldest asked me if I “was her” when the girl lego (Wyldstyle) first appeared. He himself was Superman. He had spend most of the day telling me about the bits he had seen in the trailer beforehand. The youngest was just really quiet and impressed with everything he saw.

I like being a fun aunt. I like that they comment on the colour of my hair every time they see me, and that I get to explain that I’m going to get a tattoo in June and that it’s like a picture on your skin that grown ups can get. (My nephews headcanon is that tattoos keep hurting for children and that’s why they are for a adults. This is not something I told him, but how he explained away that I said you need to be 18 to go get one.) And while I might never become a parent myself, I love that I have kids in my life who can rely on me and to who I am important. I am an aunt, and I am good at being one. 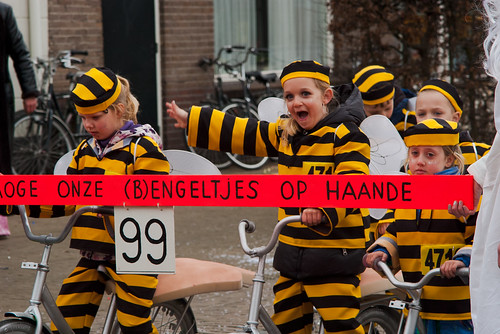 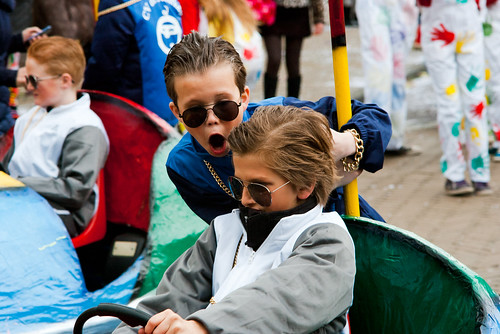 More photos from the parade below the fold!
END_OF_DOCUMENT_TOKEN_TO_BE_REPLACED

Not everyone meets someone they love so much they want to give up on the things that make them hard to love in return.”

Finding someone to share your life with is not a priority for everyone. And even if it is, who says there is a soulmate for everyone? All these grand romantic ideals, how realistic are they? The best would be finding someone who loves all of you, even the bits that are bad at communicating and anoying. And to love that person just the same way. But how often does that happen? How many of us are trying to change some aspect of themselves to be suitable for a lover? Or try and want something they don’t really want out of live just to stay with someone?

And is it a realistic thing to compromise on fundamental things or is it better to hold out for the ideal? Maybe sometimes you’re better off on your own. Figure out who you are and what you want before adding an other person to the mix. 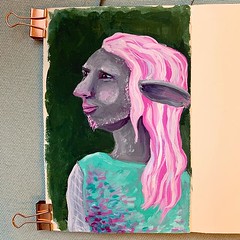 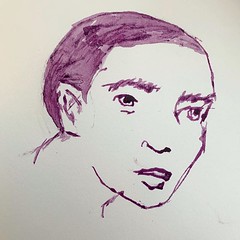