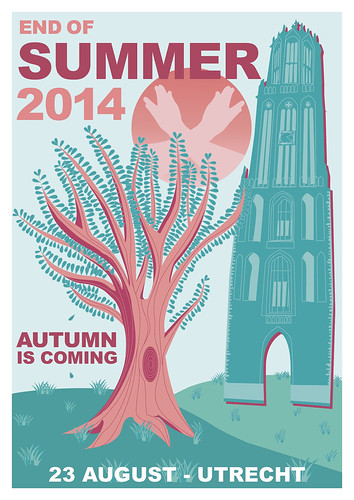 Tadaa! The poster I designed and illustrated for the End of Summer Gathering this August. What is this gathering you say? It’s a large Nerdfighter gathering that happens in summer in Utrecht, we’ve held it twice before and this will be the third one. The group of people showing up is so large that we can’t just walk around the city centre and hang out in a public park anymore, so for this edition my friend Roland who organizes the thing reserved a venue. Of course venues cost money, so people will have to buy tickets. To make it extra appealing I’ve designed this poster, so if you pay more you get this snazzy thing to remember it by and to put on your wall. We plan on making it a fun event with lots of interesting things to do (we’re thinking about maybe doing a small scavenger hunt for those who want to participate, similar to the one in Arnhem earlier this year) and people can bring games and play them and make music (there is bound to be someone with a ukelele).

I think you need to be a member of the Dutch and Belgium Facebook group (see here) to be able to see/join the event page, but check it out if you are curious!

I’ve used illustrator for the illustrations and indesign to put everything together. I don’t use illustrator as often as I would like, and I had some frustrating moments in which I had to get used to how the pen tool is slightly different in it than it is in photoshop (where I use it a lot for cut outs), but I am very happy with what I’ve been able to do. I hope you like the poster as much as I do. 🙂

And last friday I celebrated by having some friends over for a party, which turned out to be pretty epic. During my party while I was busy having fun with all my friends, some of them decided to go around and hide all of my Lord of the Rings lego characters and some of the Harry Potter lego characters. The next day, while battling a hangover I had the enjoyable task of finding them again.

Really, really drunk right now. Finding Shelob on my pillow. In the morning I'll discover the rest of my lotr and hp Lego. #birthday

After coming home that night (we went dancing) I found Shelob on my pillow.

I celebrated my birthday yesterday and during it my friends hid most of my lotr and hp Lego characters. This one fell down from where they had put him. #findallthelego

This ringwraight fell down from somewhere, this is how I found him.

Found a cave troll lurking in the shower near an unsuspecting Frodo. #findallthelego

Found a cavetroll lurking in the shower near an unsuspecting Frodo.

These guys were all hanging out on the same bookcase. #findallthelego

Gimli, Harry and the second ringwraith were hanging out on the same bookcase.
(Of course the wraith would feel at home with the weeping angel.)

Balin got chased out his tomb by an orc and moved into a teapot. Gollum is showing a surprising interest in clothing, and the well skeleton lost his body. #findallthelego I've found a lot, but I don't want to overflow people with too many photos. Still missing are: the skeletons body, two chains, Merry, on of my Frodos and Fenrir Greyback.

Balin got chased out of his tomb by an orc and moved into a teapot, a loose skull likes Calvin & Hobbes and Gollum shows a surprising interest in clothing.

Legolas was hiding in the fridge for a surprise arrow attack I guess. And one Frodo just really wanted some tea while the other was hanging out on my easel. "I want you to paint me like one of your French girls" #findallthelego

Legolas was hiding in the fridge for a surprise arrow attack (or to guard the beer?). And one Frodo just really wanted some tea while the other was hanging out on my easel. “I want you to paint me like one of your French girls.”

Support beams and in my bookcase are good places to hide. #findallthelego

Support beams and in my bookcase are good places to hide.

Two hobbits and a half-giant. #findallthelego

Two Hobbits and a Half-Giant.

On my way out today I found my last missing hobbit. Merry was guarding my door. Still missing: Fenrir Greyback and half a skeleton with a chain. #findallthelego

On my way out the next day I found my last missing hobbit. Merry was guarding my door.

Haha, I needed a hint for this one. Look toward the light indeed. #findallthelego #acrobaticskeleton

I needed a hint for this one. “Look toward the light!” Acrobatic skeleton.

Now the only one that is still missing is Fenrir Greyback, a Harry Potter bad guy. My friends don’t seem to remember where they put him, and I might have lost him myself and only noticed now, but just in case, I put up this poster in my apartment: 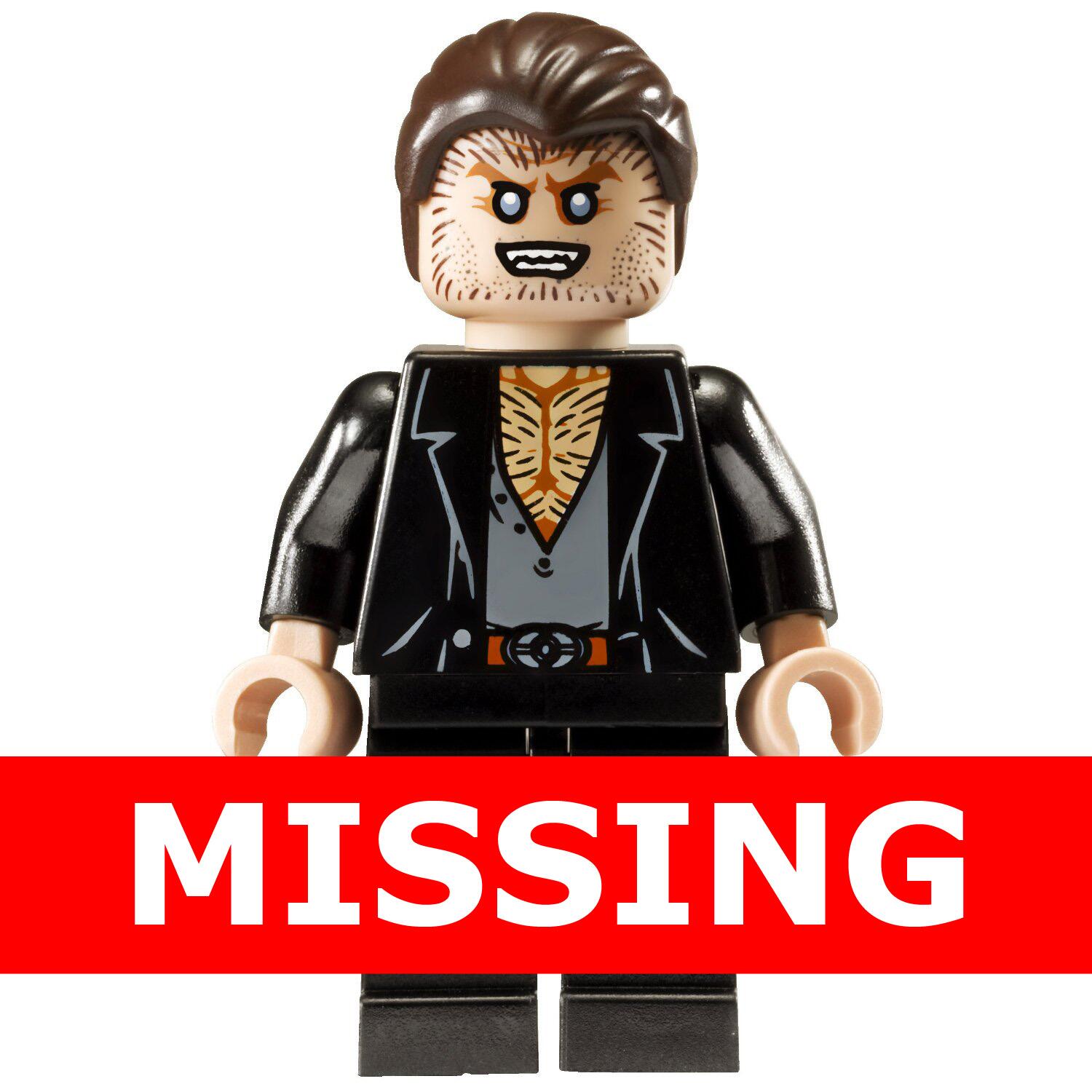 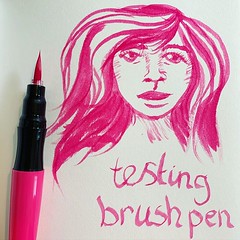 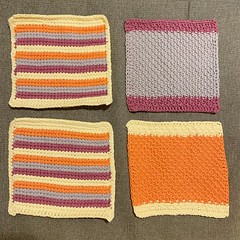